From the Office in Budapest

Dear Members and Friends of the IKS,

Greetings to all from rainy Washington State!

The theme for this 26th International Kodály Symposium is “Golden Anniversary: Connecting Humanity through Music.” The sub-themes are:

It has been a joy working with a group of devoted and hard-working professionals in the organizing committee for several months now. We are honored to be able to invite keynote speakers who have been actively involved, committed, and dedicated to the propagation of the musical, educational, and cultural ideals associated with Zoltán Kodály. These are accomplished musicians, researchers, and pedagogues who have made valuable contributions in their respective countries and in the international community. They are Dr. Shinji Inagi of Japan, Dr. Anna Dalos of Hungary, Ms. Anne Laskey of the U.S.A., and Ms. Susanna Saw of Malaysia.

We are also excited to share our invited performers: Chanticleer, a Grammy award-winning male vocal group from San Francisco, California; the Takács String Quartet, another Grammy award-winning instrumental group founded in Hungary but now based in Boulder, Colorado; Cascada de Flores, an innovative Mexican cultural group known for their special commitment to music education; the award-winning Los Angeles Children’s Chorus under the internationally regarded choral conductor, Fernando Malvar-Ruiz; and the dynamic music educator, folk researcher, and performer, Dr. Jill Trinka, who will lead us in an evening of American folk dancing.

We are highly encouraging our IKS members to propose a paper, performance and/or workshop presentation. All submissions are accepted via the IKS Symposium 2023 website: https://www.ikssymposium2023.org/call-for-proposals. Proposals are due on December 1st, 2022. To encourage more participation from our international community who speak languages other than English, the organizing committee has initiated a feature to have presenters deliver in their mother tongue with English translation provided by the presenter.

The pandemic may have afforded us virtual possibilities to connect with each other through technology, and although the organizing committee has been working on exploring possibilities for most of the sessions of the symposium to be live streamed and recorded for those who will not be able to physically join us, there is still nothing like exchanging ideas, making new acquaintances, and rekindling relationships with colleagues and friends from different parts of the world in person. We look forward to singing again in one voice, bonding and connecting together in harmony through music!

Please visit https://www.ikssymposium2023.org for more information on the symposium. 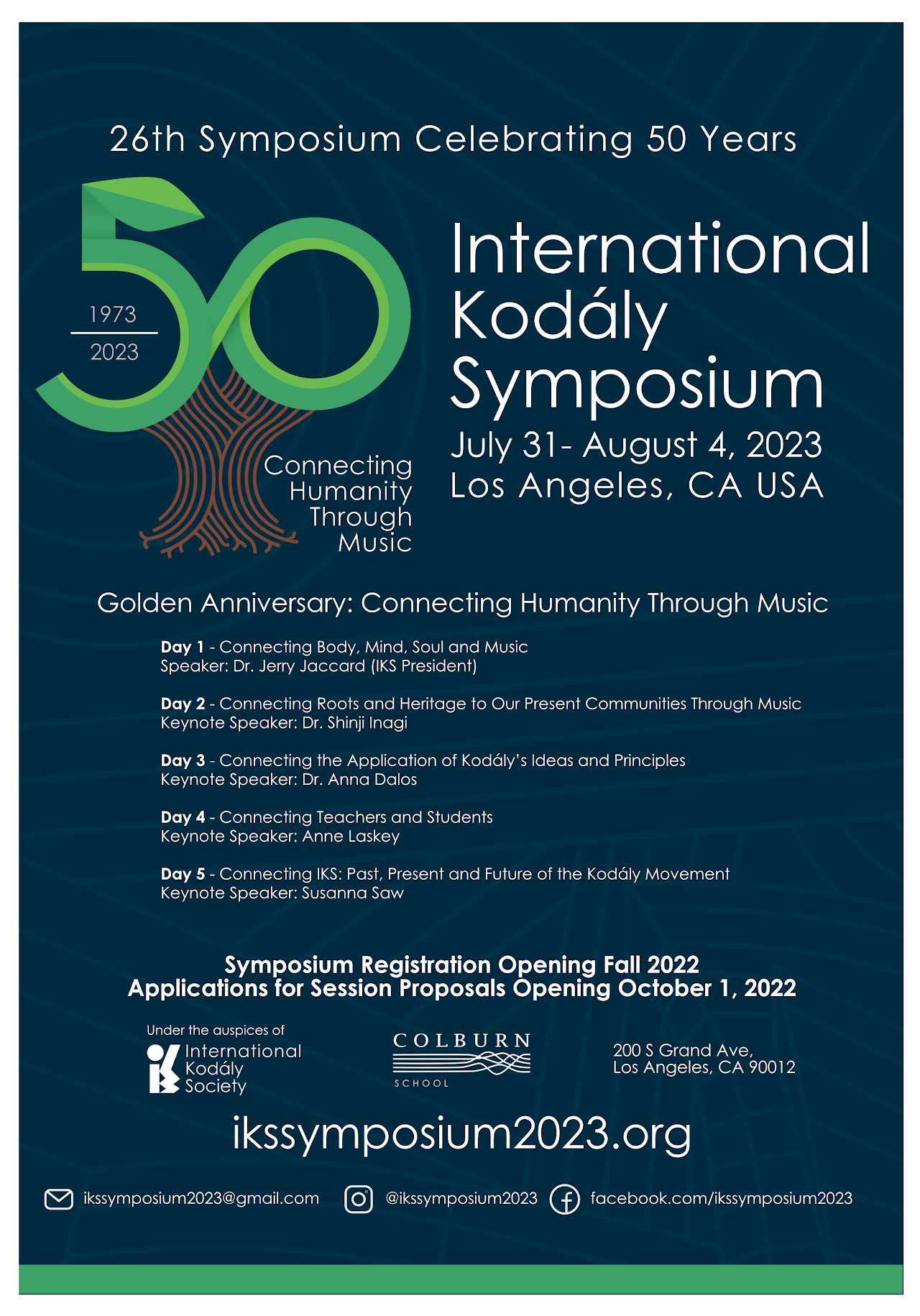