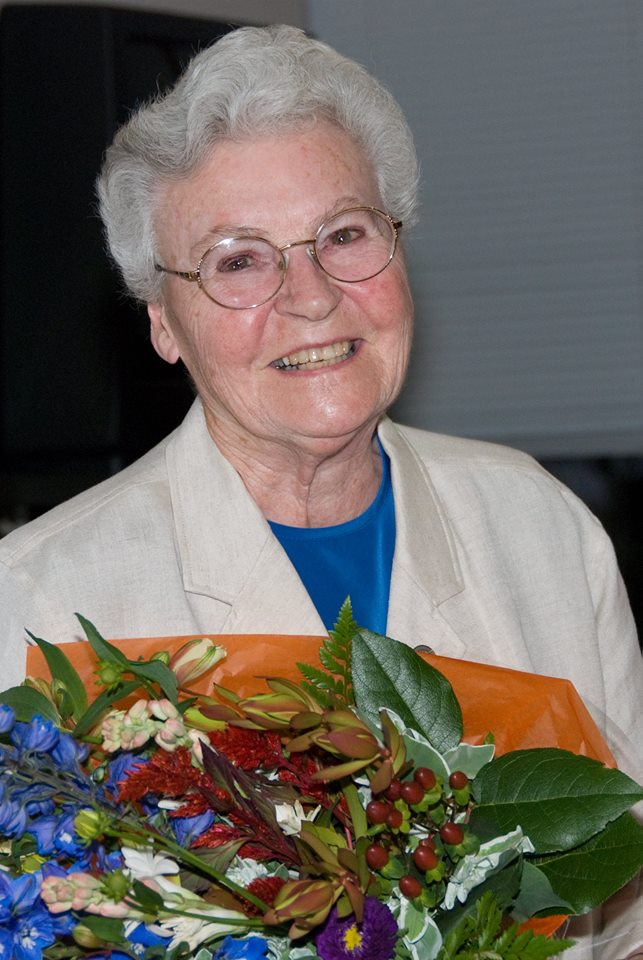 Sr. Mary Alice Hein, (Sr. Emmanuella Mary), founder of the Kodály Program at Holy Names College in Oakland, California, passed away on October 31, 2016. Born in 1924 in Oakland, Mary Alice entered the Sisters of the Holy Names of Jesus and Mary in 1952. After making her religious vows in 1954, Mary Alice taught music (including trumpet, her primary instrument) in elementary schools in San Francisco and Oakland and at Holy Names High School before beginning her tenure at the college in 1963.

Her encounter with Zoltán Kodály during his visit to Stanford University in 1966 led her to become a leading advocate for Kodály music education in the United States. In 1969 she organized the first Kodály Summer Institute at Holy Names. Sr. Mary Alice then spent a year in Hungary studying and observing music education at all levels, courtesy of a grant from the International Research and Exchange (IREX) Commission. During this year she met with Erzsébet Szőnyi, director of the Liszt Academy’s Department of Music Education, to plan two major efforts: 1) the first International Kodály Symposium, held in Oakland in August of 1973, and co-chaired by Sr. Mary Alice and Madame Szőnyi, and 2) the establishment of an M.M. in Music Education with Kodály Emphasis at Holy Names.

The Symposium was a huge success and included more than 50 invited delegates from 18 countries and 5 continents who convened for the first week, later joined by 350 music educators who attended during Observer Week. It led to the founding of the International Kodály Society two years later, in 1975, as well as the Organization of American Kodály Educators in 1974. Sr. Mary Alice served on both boards as a founding member.

In 1973, a month following the symposium, Holy Names instituted the first academic year program leading to the M.M. in Music Education with Kodály Emphasis. The program received funding first from the Ford Foundation and later from the William and Flora Hewlett Foundation. Since its inception, the program has maintained an internationally renowned faculty; more than 20 Hungarians have taught alongside American faculty to implement Kodály’s vision of music education in the United States. An integrated and practical curriculum, supportive atmosphere, and high standard of excellence are hallmarks of the program.

Before retiring in 1990, Sr. Mary Alice edited the IKS publication, The Legacy of Zoltán Kodály. It contains 20 interviews which she conducted with Kodály’s colleagues and students that help to illuminate his influence in the development of the Hungarian music education model. We are blessed by her legacy and thankful for her vision, strength and humility.

After the announcement of Sister Mary Alice’s death…

When I was writing, on All Saints Day, these lines in memory of Sr. Mary Alice Requiem by W. A. Mozart had just finished at the Palace of Arts in Budapest. Yet the sound of last notes vibrated in the air and I was thinking of her. The performance was not mournful but transferred peace and heavenly light to the audience…

Somebody, one of the last witnesses, departed this life. Somebody from the most respectful Kodály followers in the New World.

Sister Mary Alice met Zoltán Kodály in Stanford in 1966, attended his lecture and got inspiration from Kodály’s philosophy. This meeting determined her professional life. She studied with professor Szőnyi at summer courses in Esztergom and soon at the Liszt Academy of Music in Budapest. Coming back to Oakland she was the founder of the Kodály Program at Holy Names College (now University) in 1969 and organized the first and unforgettable IKS Symposium at the same place in 1973. Her lifelong dedication for a musically well-trained generation of teachers gave an excellent example for us.

Sister Mary Alice took interest in music education and level of music making at the Holy Names Kodály Program. She visited the home-institute many times in the years of retirement as well and attended the final concerts of Summer Institutes. The students always were pleased to greet her and sing to her.

On the days of farewell we, Kodály teachers in the States and in Hungary think of her life with sincere gratitude.