With this title they would like to express their appreciation of his work done intensively for and in the spirit of Zoltán Kodály's lifework. 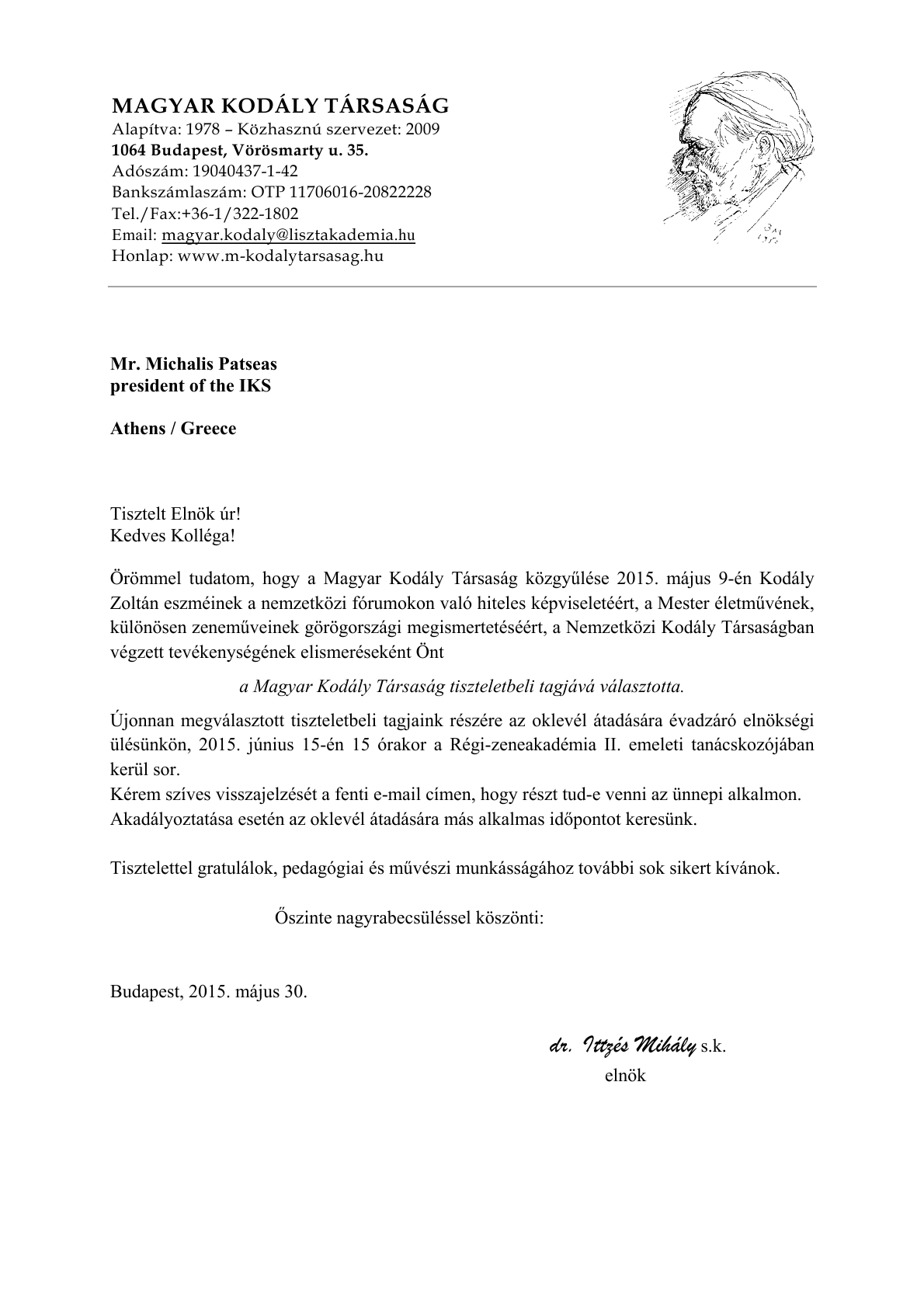