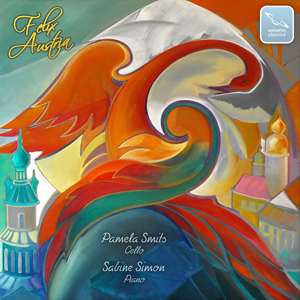 Let us speak plainly: the topic of this article is not politics or economy, as one can think it after the title. I want to speak only about music, namely about a compact disc. I say this although it is impossible to neglect what is written in the short essay by Albert van der Schoot in the booklet of the CD – Felix Austria. UNIVERSE CLASSICS – HAC rec. 20101.

The author in his comments gives a wider historical background to the pieces, performed by two excellent musicians, Pamela Smits (cello) and Sabine Simon (piano). The title of the CD is based on Albert van der Schoot’s concept as he refers to a famous Latin slogan of the Habsburg dynasty: “Bella gerant alii, tu, felix Austria, nube.” Which means: “Let others wage wars, while you, fortunate Austria, conclude marriages”. [etc.] The Central-European (and much wider) realm of the Habsburgs was built up step by step from the late 15th century, and Vienna controlled several nations and countries until the end of World War I. In the 19th century struggles for both political and cultural independence against the Habsburg dynasty became stronger as ever before. The works on the CD represent the endeavour for national identity in music by Hungarian and Czech composers. (From the C.V. of the artists we can learn that both the Dutch cellists of Canadian origin and the German pianist were inspired by their Czech and Hungarian artist-professors.)

The period from which most of the pieces were selected is the last decades of the Habsburg Empire (the Austro-Hungarian Monarchy). The historical and musical background is shortly and basically correctly given in the study. (As a Hungarian I feel that notes reflecting on the situation of Hungary at the end of World War I, especially because of the Trianon Treaty, and between the two wars are less subtle.)

I always greet with joy if Kodály’s works appear on concert or radio programmes and on recordings outside Hungary. It is good to see that Kodály’s name means not only an internationally acclaimed music educator but he is appreciated as a representative of the first half of 20th century Hungarian (and European) music. It is important because his artistic output (together with his results in folk music research) gives the gold reserve of his pedagogical ideas.

On the present recording a well-known and important work as well as a less known piece for cello and piano can be heard, both written before World War I. The two-movement Sonata, Op. 4 was one of the first compositions by Kodály which was performed abroad, in Paris, in the spring of 1910 (earlier than the Budapest premier). The Sonatina practically remained a forgotten one-movement piece (originally planned as a 3rd movement to the Sonata) until Antal Molnár published it in one of his studies on Kodály in the late 1950s as an appendix. (As far as I know, it was published independently only after the composer’s death.) The musical realisation of both compositions show that the artists have a good understanding of the musical idiom of Kodály. The contrasts of lyrical expression and passionate melodic declamation as well as the rhythmic characters in the 2nd movement are convincingly presented. In the further Hungarian works we can also appreciate the sensitivity and clear musical expression of Pamela Smits and Sabine Simon. Bartók’s First Rhapsody shows how the composer returned to the ideals of his youth in a revised, folk-music based form at the end of the 1920s. The musical material which he arranged was collected in Transylvania during the time of dualism, before the Trianon Treaty separated this region from the Hungarian Kingdom. It can be said that in this sense Bartók’s Rhapsody is rooted in an earlier period. The latest Hungarian work on the CD is György Ligeti’s two-movement Sonata for solo-cello (1948-1953). It represents how the Bartókian heritage led the hand of the later internationally recognized innovator of European music in his early period.

We can say, his career shows the most clearly the Austro-Hungarian “regional globalisation”, as well as how a musician (a cellist-composer) of foreign origin absorbed the Lisztian-Hungarian romantic national idiom in music. We can hear from the performance that the artists enjoy the piece, and their enthusiasm radiates to the listener as well.

After listening to the CD we can ask where is the fortune of Austria, as an overall power of Central-Europe of that period, in the musical productions of the Hungarian and Czech nations? The title of the introductory study – The Decline of Felix Austria – makes it clear that the cover-title is not completely correct. Yes, these nations struggled against cultural oppression and in this struggle they enhanced their self-respect. Then, through the results of these efforts, based on their national heritage, mostly preserved in the music of the peasant class, they appeared on the international cultural-musical stage as independent and equal-ranking partners. 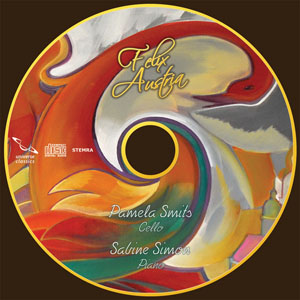